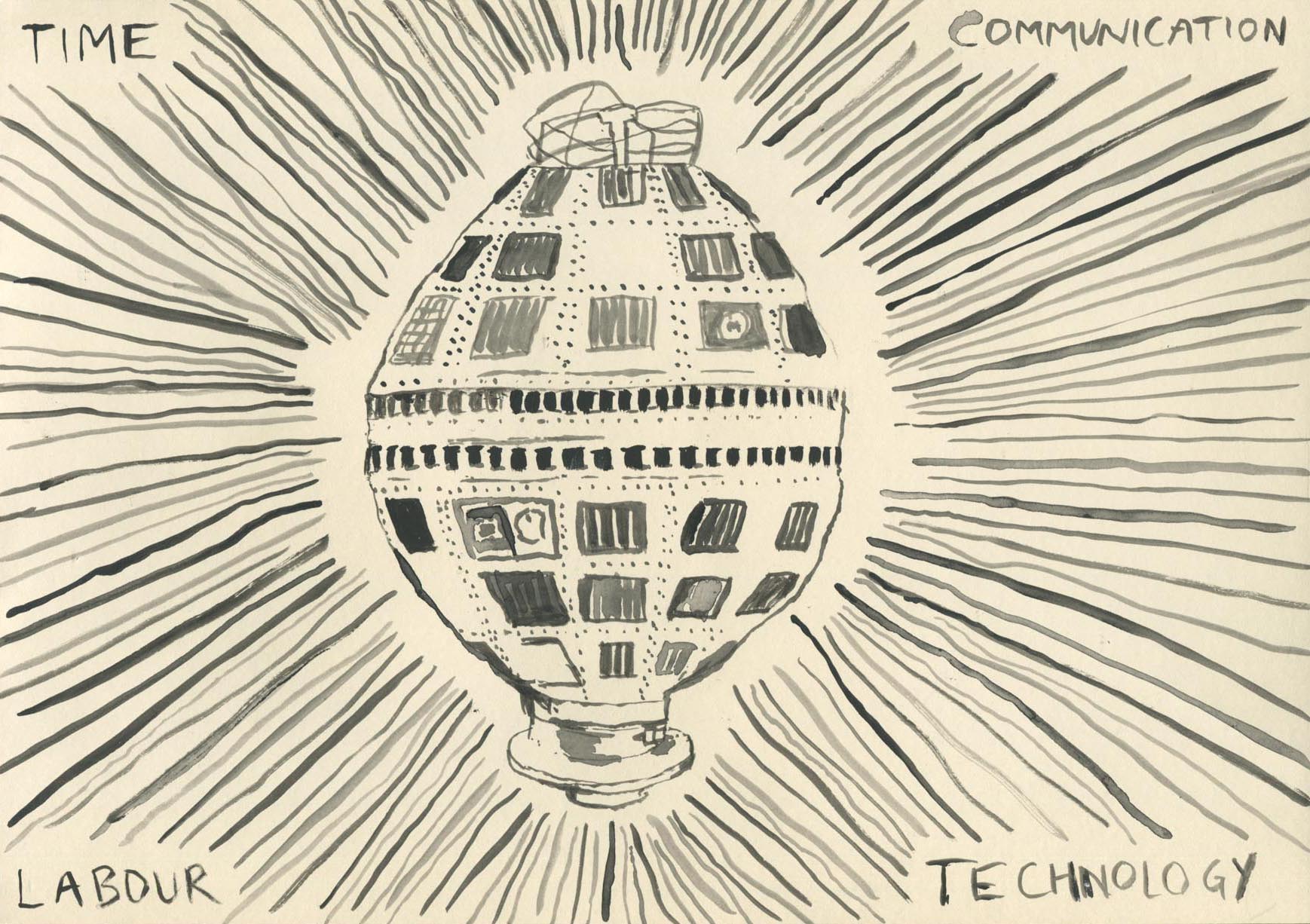 Goonhilly Earth Station is testament to the materiality of media, as the rooms which were once filled with analogue signal cleaning and decoding equipment are now dormant, ready to be filled with server racks. The replacement of the analogue system of waveguides and decoders by fibre optic cables and digital computers, gives the viewer a physical understanding of technological development. Goonhilly presents us with a super-connected world where what is distant both geographically and historically is brought close. The soundtrack will be recorded on site and inspired by the pioneering record producer Joe Meek, who during his military service, worked as a radar technician for the RAF. He was an adept electronic engineer who developed many analogue effects to incorporate into the songs he produced. His single Telstar, released in 1962, was the first UK single to hit the top spot in the US charts. Meek's instrumental was inspired by the satellite launched earlier that year which, for the first time in history, transmitted television and telephone calls through space, bouncing signals between antennas in Goonhilly in the UK and Maine in the USA.