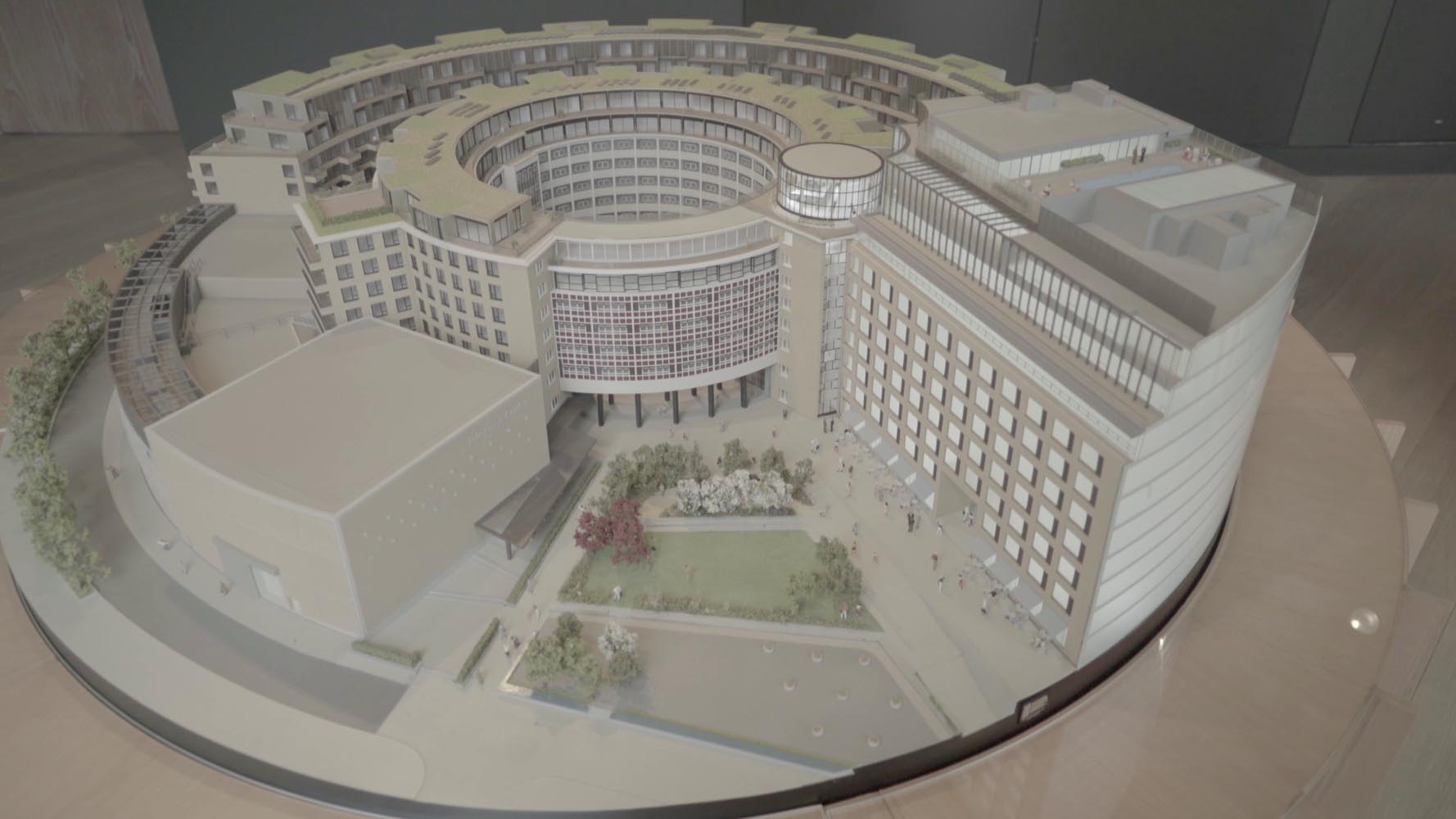 We participated in the White Noise East Tower Residency in the former BBC Television Centre in White City, prior to its demolition in August 2016. Resonance FM broadcast from the tower in front of a live studio audience. Our work explores the repurposing of the site as luxury flats, which are furnished with relics of the building's former use. The work alludes to the future of broadcast in the context of an increasingly privatised public space.

With thanks to Resonance FM and BBC.