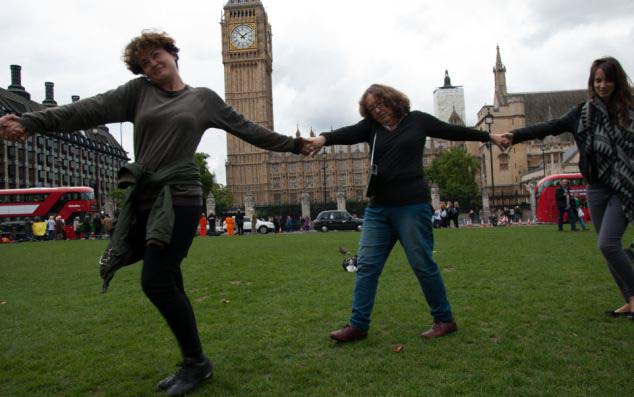 Air Time was an audio artwork which was performed synchronously across ten Europen cities as the opening of the TransEuropa Festival 2013. Air Time is a collective action about protest that was commissioned by European Alternatives. We were Iniva's representantives. Air Time was the result of a collaboration between 13 European artists, under the direction of the collective Ligna.